I got this at essentially no charge under the stipulation I provide my thoughts, musings and anything else that is relevant to the charger.

Here is what I found:

This charger is heavy! It is heavy in a good way, considering one of the advertised functions is an emergency hammer I think this is necessary. When I first saw the product here, I was a bit skeptical to say the least because this was absolutely different than products that I had been familiar with.

This is a nice, sleek and seemingly well-put together item. It has a nice matte-like finish on the metal and while it does show some fingerprints, it isn’t as bad as chrome would be by itself. When you pick it up, there is enough weight to it that it gives me the impression it is very much a force to be reckoned with (for a window). The hammer tip feels nicely machined. It does not feel nor look like “pot metal” or powdered metal that is sintered. I think this is a conversation piece for sure.

Something I was very much surprised about was the fact the Bluetooth earphone (singular) wasn’t advertised very much or rather it was not made a point of focus. To me, the wireless earbud was a big selling point. I really wanted a small one for my commute to work and back each day (I live in a rural area). I love listening to audio books and I don’t want to drive around (and don’t believe it is legal) to have a wireless set on. I know it is against my state law to wear headphones so I imagine it would be frowned upon no matter what.

The earbud sounds good, paired quickly and it is comfortable to me. The product claims it has a 3 hour battery life and I found that to be accurate. I had it on lower/moderate volume for a book and it sounded nicely. Expectations kept in check (as it is small) so I was sure not to expect bass or the most full sounds. I was pleasantly surprised at how it sounded, however.

As for the hammer, I’ve not had a chance to test it (thankfully) and I do worry how many strikes it would work for (but in most situations in which I would need to use it include water and I see no claims of this being waterproof nor resistant).

The charger function works very well and I do like the fact I can plug in my phone as well as my wife’s phone at the same time.

This is a bit of a niche product but one that feels to be crafted very well.

Price feels a little high (but I do imagine it costs quite a bit to manufacture and it is a charger, hammer and earbud in one)

If you need a good charger that includes an earbud and a strong hammer, this is a unique product that I do believe serves a purpose and does it well. 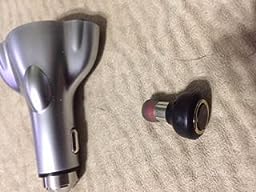 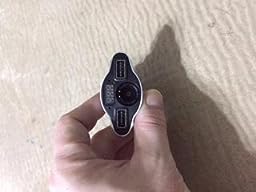 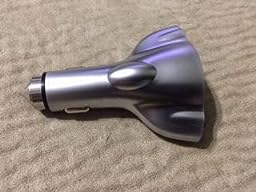