I was a bit skeptical at first because the cost of the Frigidaire brand filter is a bit ridiculous compared to this one. My fridge is only about 1 year old and the water started slowing to a trickle and the ice cube maker started stopped making ice cubes (more like tiny icicles).

Nonetheless, I was worried it was something wrong with the fridge (because we had an issue with the control panel previously) but I took a chance and ordered this one because it is a consumable and if changing the filter did work, I wanted an inexpensive brand to use. When I got the package, I did not have high hopes to say the least.

It was packaged in a simplistic or minimalist manner and all the documentation was on the outside (more on that later). For this price, I wasn’t expecting extravagance and that is alright with me…because it’s a water filter…

As far as installation went, I removed the old one (pic attached) and I could not get the new one installed…ProTip…Remove the end caps on the filter first DOH! Haha!! I then removed the caps and it went in like a champ. Next was a tense moment and I pressed the water lever and it worked!! It progressively got faster (the water flow) and then it had the equivalent of passing some gas (this could be important as water shot out a bit) but a great sign nonetheless!! Bonus as it didn’t stink either!! Also, it comes with date stickers so you can slap one on there and Git R Done!

As for instructions, I would’ve taken away half a star if I could but not a whole star. This is because it was hard to find how much water to run through before it is good to drink (4 Gallons, by the way).

It was ironic in the end as the installers hooked it up to hot water…so there is that to deal with but I’m very happy overall and will buy another in 6 months or so (let’s be honest, more like a year).

I did receive this at a discount for an honest and unbiased review. Seriously! They said I could go all negative if I felt that way and I would’ve if the situation warranted that but it was all great!!

I hope this helps someone in a similar situation!! 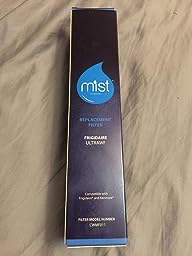 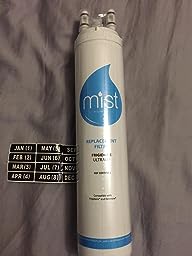 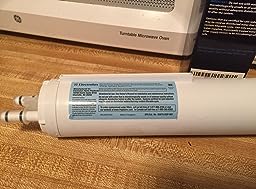